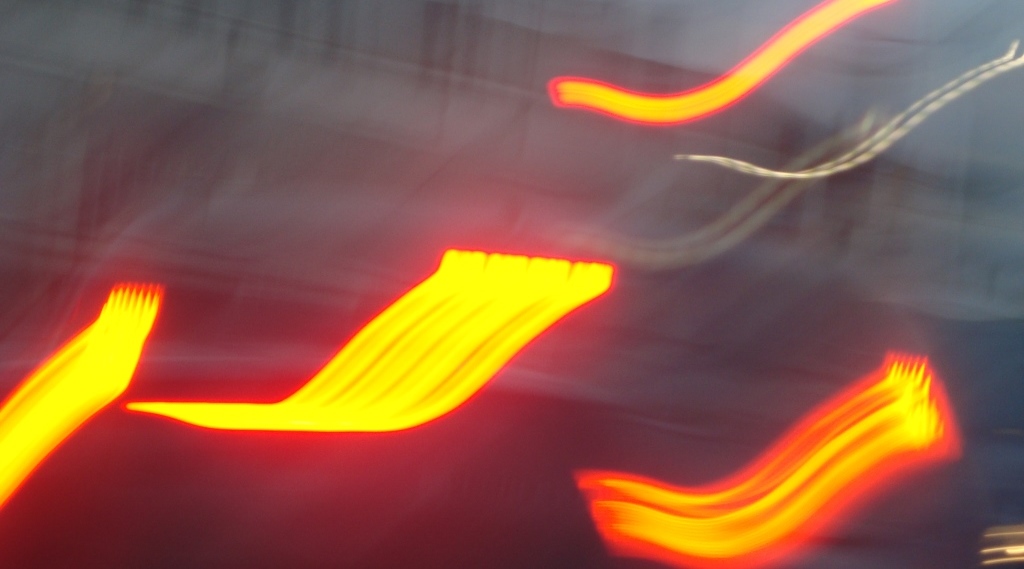 Newton’s third law of physics states that for every action, there is an equal and opposite reaction.

I was sitting in the passenger seat on a long drive the other day and I found myself beginning to review an unpleasant event that had occurred.  I don’t even remember the details.  What I do remember is, that along with seeing the way I handled things, all the judgements I had of everyone, etc, there was this other aspect of my reaction that had gone unnoticed at first.  I was lashing outward in a big way, yet in this slow motion review, I noticed an energetically forceful, rapid fire, lashing inward toward myself.  It had been hidden beneath the fire of all the outward-directed judgements.

This was the first time I’d seen so clearly the intimately entwined nature of these two energies—the one that extends outward from me to others, to life in general, and the one that immediately turns inward digging the knife into my own heart.  I’ve known that’s a tendency of mine, but never realized that they are almost simultaneous so that the latter, the attack inward, can go unnoticed for a while.

After that day, I began watching for this—the instantaneous self-criticism and self-loathing that might be hidden beneath all my outward criticism.  It was everywhere.  Everywhere.  It seemed that one never happened without the other.

There was a mixture of relief and sadness as I digested this.  Relief that it was coming into view and sadness at how long this has been in place, draining life force.  Sadness for all the tongue lashings I’d logged in over the years—both toward others and toward myself.  Relief that now, with growing awareness, there was a chance for some peace.  And not peace in the form of forcefully trying to sanitize this reaction, but peace in the form of welcoming this two-pronged reaction into my heart.  Relief that, as I now know from experience with inquiry, I had just unlocked another door behind which all kinds of gems awaited me.  As these unconscious tendencies transition into the clarity of awareness, all kinds of treasures issue forth.

And there was also this exquisite tenderness that began to emerge.  Tenderness for those two ends of the reaction… for their sincere attempt to protect something, someone.  After all, why else would an attack occur—whether outward OR inward?  These two felt like Siamese twins, figuratively fused at the hip. One outward-directed energy wanted to protect the one who was “good and right (i.e. not bad, not wrong)” and they attacked any aspect of external experience that seemed to endanger the good and right self.  The other, inwardly-directed energy attacked the perceived bad and wrong self, also wanting to protect the good and right identity.  It was a non-discriminatory attack fest!

My upbringing came into view.  I grew up trying to be the good, good, good girl in a family where obedience and submission were expected and speaking your mind was discouraged.  The need to be right was modelled by one parent while the other parent modelled being wrong and inferior. What perfect training for me to learn to lash outward to defend the self who needs to be good and right while simultaneously attacking another conflicting identity of being wrong and inferior.  Wow, what confusion!

Confusion, yes, but there’s also a beauty to this and a predictability that I’m now seeing more clearly.  The beauty is that as I inquire into these conflicting identities I find more of the puzzle pieces that I’ve used to create the puzzle of my life.  The predictability is that there are often pairs of reactions, needs, identities, etc.  Freedom for me lies in seeing and beginning to embrace ALL the elements, both sides of any pair, in this motley composite of experiences that I call “my life.”  And perhaps this is a reminder for me to check the underside of each puzzle piece so as to not miss another clue of how I’ve constructed my reality.