Inquiry and the Ego: Listening to All Our Voices 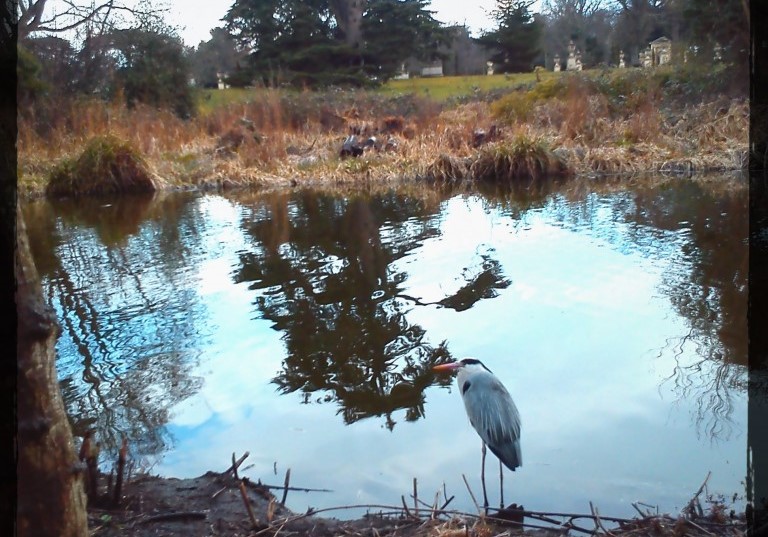 There’s a lot of talk in spiritual circles about the ego, the problems it causes, and how to deal with it. Ego is seen as the cause of our suffering, the root of conflict and pain. But what is the ego, exactly? And does it really deserve such pejorative labelling?

In Latin, ego simply means ‘I’. Over time, the word has accrued many and multi-layered meanings. In my experience, the ego isn’t a single, uniform entity, but a collection of voices or self-identities, each with their associated drives and feelings. We could say that the ego is the stories we tell about ourselves, the selves that we believe we are, whatever their flavour. We might believe, for example, that we are someone who is not good enough, or wrong, or better than others, and we act in the world as if that was the case. We could also say that the ego is the inner, critical voice (often called the superego), the part of us that judges, cajoles, exhorts, criticizes. There’s inevitably an interplay – usually conflict – between these two parts or voices. The self believes itself deficient, and the superego judges and demands and strategizes and plans in an attempt to somehow fix or deal with the perceived deficiency.  We’re all familiar with the inner dialogue that ensues when these two voices or parts are engaged in a struggle with each other:

Deficient self: I know I won’t get this job. I’ve always been terrible at interviews because I get so nervous.

Superego: Can’t you pull yourself together for once? Why, after all this therapy and meditation, are you still so anxious and lacking in self-esteem? And why are you still eating too much?

Deficient self (feeling even more deficient): There’s clearly something really wrong with me. I’ve never been good enough, and all of this just goes to prove it.

Superego: Right, well, I’ve got a plan. Let’s start dieting tomorrow, and book onto that ‘Big Up Yourself’ course that you saw online the other day. Then perhaps you’ll be able to be the person you should be.

We all know the drill. These kinds of inner conversations can go on interminably. And when we discover spiritual teachings, a third voice is often added, one that denounces both of the other voices, and that believes it should get rid of or ignore or somehow disallow whatever it perceives as the ego. It’s hardly surprising that we find ourselves completely entangled in all of this, often feeling bewildered and at the mercy of these seemingly unstoppable and argumentative voices. It can feel as if they are fixed, unchangeable givens that we somehow have to manoeuvre around, overcome, or vanquish. When we find ourselves unable to do so, we heap yet more judgement or shame upon ourselves.

When we inquire, we can begin to pick apart the threads of conflict, and give space and time to each of these ‘ego’ voices. Not only do we meet the pain of the deficient self, but we also hear the anguish of the superego and its valiant efforts to keep it all together, to make sure that we get through life as best we can. The superego, after all, often does what the deficient self feels it could never do, as these extracts from my journal reflect:

The deficient self says: That Fiona (superego Fiona) has been clever, and interacted with people, looked after me, talked when I didn’t know how, kept me in line, kept me motivated, kept me from the pain before I could really face it. She couldn’t do all that without despising my weakness, hating my pain, and loathing my failures.

Here’s the thing: both of these voices are essentially part of the self structure that developed in childhood in response to whatever circumstances we were in. Both, ultimately, came into being to protect us on the deepest level. It may not feel like it when your superego is berating you yet again, but it is there for the best of intentions. It took its cue from the people around it, believing that if it could somehow be more like them and less like itself, it’d be okay. We introjected the behaviour and beliefs of the adults in our lives, creating a mesh of inner demands, commands, and expectations against which we measured ourselves. Years ago, while doing some inner work at a retreat, I discovered that my superego solidified definitively when I was around eleven years old, and its primary concern was to make sure that it avoided making my mother angry or displeased (something that happened frequently, to my detriment). When seen in this light, how can we possibly continue to label the ego in all the ways that we do?

As we inquire, and the stories of deficiency unravel, we meet the pain that lies at their core. As we do so, the inner voices of deficiency and judgement begin to quiet. This happens not because we make an effort to control or dispel them, but because once the pain is truly felt, the voices are no longer necessary. Their job was to ensure we didn’t feel the pain, because when we were young children it was impossible for us to do so. The job of the ego was always to ensure that we were kept safe, to ensure that the pain stayed under lock and key. Yes, this suppression is ultimately deeply unhealthy, but we don’t need to blame the jailer just because the prison system itself is flawed. Rather, as we open the prison gates, the jailer – along with all the inmates – is also freed.

Gradually, we find our inner voices – the parts we often refer to as ‘the ego’ – become more benign and unified. In my psyche, the previously harsh voice of judgement seems to have been replaced by a wry commentator. One morning recently, as I was switching on the kettle for the first cup of tea of the day, I found myself caught up in anxious thoughts. The commentator merely said, Starting early this morning, are we? The kind humour made me smile, and the anxious thoughts – left uncriticized and therefore not needing to defend themselves – simply ebbed away. The ego itself, like everything else, is made up of words, images and sensations and feelings. As it unravels, it becomes naturally healthier, neither needing to proclaim our deficiency nor criticize ourselves or others. We discover that it is not the enemy, but simply self-fragments that, once tended to, effortlessly transform.