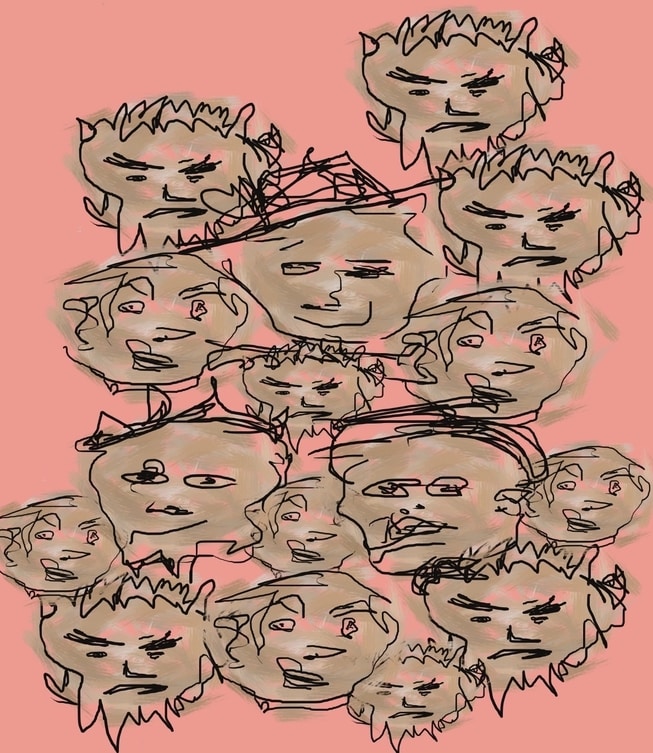 I’ve heard myself say, “That sounds punitive.” numerous times over several months. Didn’t used to say that. I began wondering what was going on inside, that ended up in this string of words tumbling out of my mouth, over and over.

Each time I said it, I was responding to some statement made in my presence regarding how I or others ought to conduct ourselves. (Hint: It seemed there was a “should” embedded in the statement that I was hearing.) For instance, I heard someone say, “The ONLY SANE way to deal with blah, blah, blah is to blah, blah, blah.” Immediately the words, “That sounds punitive.” rolled off my tongue.

I thought it did – sound punitive. And I thought that the punishment, the shaming, blaming, and guilting originated outside of me. Until I slowed down and checked the whole scene out a little more thoroughly.

Upon closer examination of a replay of recent similar scenes – the ones I deemed as guilt/blame/shame-inducing – the more it became clear that I was FEELING punished. Yes, it sounded punitive, but that was only because something in my body (in addition to hearing) responded to the spoken words “The ONLY WAY…” and the intonation of the speaker. My body interpreted this phrase as a directive, or as a should, especially a should that I believed I was failing to live up to. There was a sinking feeling in the chest and a sense of wanting to withdraw into a corner.

While to another listener the words, “The ONLY WAY…” might’ve merely sounded like an opinion of someone, that was not the case for me. I felt personally punished by their critical comment and so their words spoken to me sounded like punishing words. There was no way in that moment that those words could sound kind or of no consequence to me.

Would it sound punitive if it didn’t feel punitive?

This reaction has been around most of my life and usually has had far less to do with (OR, get this, maybe NOTHING to do with) what the other person said, than it has had to do with long-standing, tangled-up shame, blame, and guilt.

Granted, there were some moments early on in my life when the initial combination of experiences – a cross look from a parent, words like, “Shame on you”, followed by being given a dose of the silent treatment – triggered my body to recoil (that familiar desire to shrink into a corner). The word shame became fused with seeing a particular facial expression on someone, being turned away from by way of the silent treatment, and a shriveling up feeling in my body.

At some point, these were assumed to fit together, belong together; accepted as how it is.
And it was how it was for me. Until I opened myself to the possibility that maybe how it was isn’t how it needs to continue to be.

So, now I keep repeating that phrase, “That sounds punitive.” to myself every so often, as if to check if my body still harbors this feeling of shame. Sometimes it does, other times it’s quiet. Sometimes, the sensation feels like it’s fused with the word shame for a brief moment, and then the body and the word let go of one another so that what’s left is unlabeled bodily energy. It’s as if the relationship between the word shame and the shrinking feeling in my body is changing – the word and the sensation are learning that they can go their separate ways…

And I’m again left with the question: would it sound punitive if it didn’t feel punitive. I’ll just keep watching, I suppose.

Awareness of this unconscious, instantaneous reaction is freeing me up. There are times when something truly does feel and sound punitive, like a smack on the hand with a wooden spoon or a rebuke. And now I’m more able to discern when it’s worth speaking up to another regarding what they’ve said or when it’s more about me and some old ingrained pattern of mine. The two feel totally different. The former reaction, the one that is not entangled with past hurts and wounds, comes from a place of clarity, confidence, or sturdiness of sorts – even if it’s uncomfortable to speak up. The latter, the reaction that is mired in old, energetic entanglements is doomed before it gets started; locked into a well-worn cycle of reactivity. One feels very personal while the other is far less so.

I wonder if the next time “That sounds punitive” arises, I will be speaking from my contracted position of “the shameful me” or from the more expanded position of the one who senses that something is just plain unjust and wants to speak up about it?