The Reality of Embodiment: Coming Fully into Form 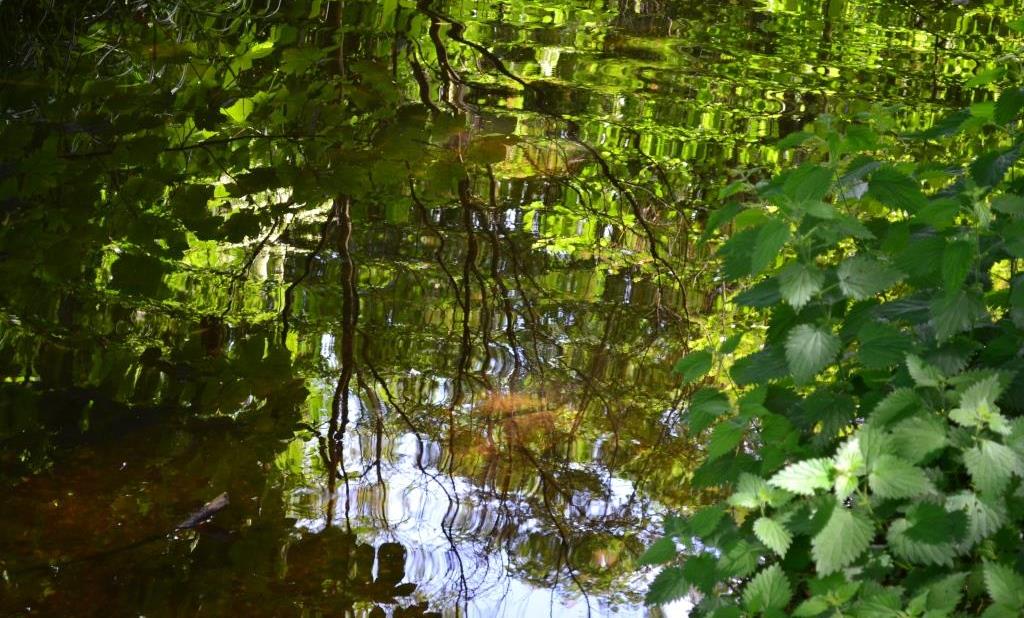 During the nineteenth century, phantasmagoria – or theatrical horror shows – became a popular attraction throughout Britain, Europe and the United States. The creators used lighting, projectors, smoke, sound effects and electric shocks to conjure all manner of apparitions and frighten audiences. Sequences of terrifying images played on screens and theatres were often decorated accordingly. There were even rumours of patrons being drugged.

As I was inquiring last week, the word phantasmagoria appeared. I realised – to a greater extent than I had done previously – the exact nature of the phantasmagoria going on in my mind. I’m sure it’s the same for many of us. We play and replay scenes from the past. Imaginings of future catastrophe or suffering take hold. These images can be vivid to the point of occupying most or all of our awareness, in spite of what we are doing in physical reality. They seem all the more real when accompanied with thoughts and feelings, of course.

The capacity to fantasize and imagine is a wonderful aspect of the human psyche, in my view. The mind’s creativity brings us such wonders, including art, drama, music and literature. And yet this same capacity appears to torment us too, at times. Is it possible to turn off the projector and smoke machines, to leave the apparitions behind and simply exit the theatre?

My hunch is that the phantasmagoria takes hold partly because we have not been able – thus far – to face what is actually here. When we have been traumatized – particularly as children – it is natural to dissociate, retreating from the painful reality of the body into the supposed haven of the mind. At least, here in the mind, we can imagine what could or should be. We can imagine what we want and haven’t got. We can fantasize about what might have been or what might yet be. In our imagining, we retain a sense of control in circumstances in which we are otherwise powerless.

Coming out of dissociation and denial in this way is not easy, yet it feels like a relief. It is certainly a relief to the body, which has inevitably been holding the truth of our experience even as we have been unconscious to it. It is natural that the mind – with good intentions to protect us from the reality of painful truths – is sometimes reluctant for us to face whatever is here. It whispers or shouts warnings. It attempts to distract us. And yet, at some point, despite the warnings and distractions, we become willing to clamber onto the stage and look at the mechanisms that lie behind the phantasmagoria. We become aware that we are sitting in the theatre, projectors whirring, smoke machine billowing.

The more we look, we more we come to realise what lies behind the horror show. As we feel unfelt feelings, the projectors begin to power down, at least a little. As we admit how it was  for us, we are able to make contact with our bodies in a deeper way. As I continued my inquiry last week, having acknowledged just how low my self-esteem had been throughout my life, I began to see how mesmerized by the phantasmagoria we tend to be. Once fully and deeply acknowledged, the reality of our past no longer needs to hold sway in the same way. We are left in now – this body, this moment, this chair, these sounds.

What happens when we start inhabiting actual, physical space rather than the phantasmagoria? It seems our focus shifts into the reality of the body and we begin making direct contact with the world around us in a subtly different way. There’s a deliciousness to embodiment which goes overlooked when we are hooked by the phantasmagoria. For me, subtle levels of dissociation have continued to lift and I’ve been able to enjoy the pleasures of the senses more deeply. There is a joy to coming more fully into form – both our own form as well as the solidity of form around us. We are no longer held hostage by the theatrical spectacle going on in our heads, yet neither are we dismissive of it.  As we become ever more incarnated, the separation between mind and body lessens and we inevitably feel more inclusively whole. Our relationship with ourselves, our bodies and the physical stuff of life begins to transform. It seems there is no end to this journey of embodiment.