On Discovering the Sanity of Freaking Out 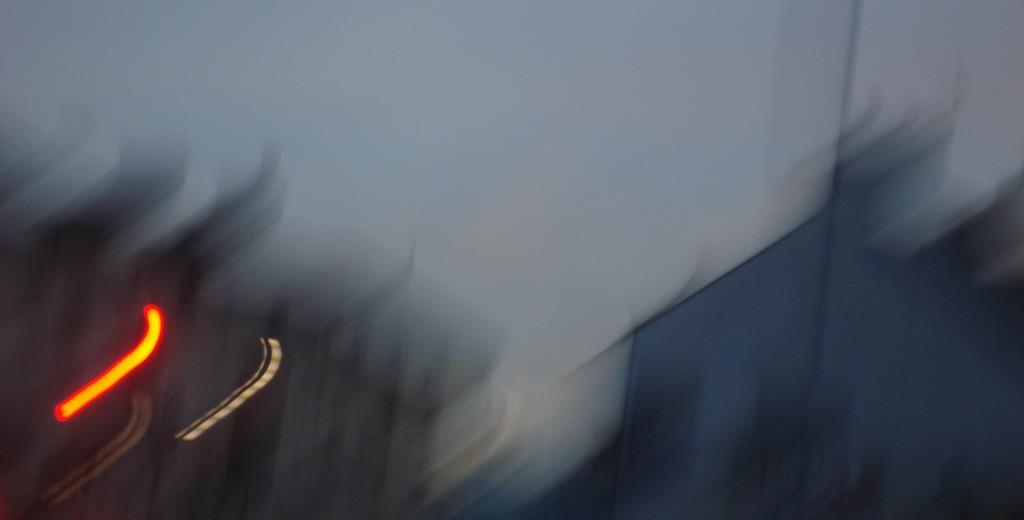 Looking back, I recognise that I was anxious from a very young age, but the extent of the anxiety didn’t become apparent until I was in my late twenties and started having panic attacks, a few days after a close friend of mine had dropped dead in tragic circumstances. Very soon I also found myself facing the suppressed horror and grief of a previous loss, the death of my best friend in an accident when we were eighteen.

I didn’t use the word ‘anxiety’ back then. The phrase ‘freaking out’ seemed to describe it much more accurately. ‘Anxiety’ was redolent of something more contained, something that had a beginning and an end and a reason. What I was feeling seemed to have no cause, no start, no finish. It simply waxed and waned in its own way, seemingly without logic. I was at its behest, and no suggested solutions worked. The only thing that did seem to provide relief was connecting with emotion, which wasn’t always possible.

Fast forward to the present, and recently I found myself waking up in the night with anxiety. That rarely happens these days, not least because of all the inquiry I’ve done over the last five years, and the profound unravelling process that’s been going on. As I lay there, the sensations surging, a sentence came to me: The space already accepts these feelings, so you don’t have to. I felt relief at that, and a softening in my body. I fell asleep again, and woke the next day ready to investigate further.

As I inquired, I recognised a deep sense of apprehension. That was the word that really resonated: this wasn’t anxiety, it was apprehension. The words what’s coming next? seemed to be particularly potent. My body braced as it heard them, and I could see that I was simultaneously trying not to brace. Further insights came as I continued looking: that there was nothing I could have done about any of the past events; and that, on some subtle level, I’ve believed that bracing would somehow stop things from happening.

So far, so good. But I knew there was more. The next day, I could feel that my body was still in an apprehensive state. As I was getting ready for bed, intending to have an early night, the invitation suddenly came: You can freak out. Really, you have 100% permission to freak the fuck out!

As I began to accept the invitation, words kept on coming in a steady stream. Waves of emotion and energy arose and fell as I wrote and cried and wrote and cried. The words seemed to pour themselves onto the page:

“Have you seen what’s out there? Killing, starvation, torture, cruelty, pain, tumours, people who are hurt, people doing the hurting, crazy weather, extremes of behaviour and temperature and beliefs and mad beheaders and so much more….illnesses and diseases and battery chickens and planetary changes and things that are so vast and incomprehensible…the possibility of asteroids hitting us…

All my life, I’ve been trying not to freak out when freaking out is really the only option, trying not to be terrified when that’s really how I am. As if terror was unreasonable, and reason was reasonable, in the face of all of that. Are you kidding me? Have you seen these bodies we’re in and this world? Why on earth would you want to stop me from being terrified? What good are logic and measured tones in the face of all of that? My terror isn’t wrong, and neither is yours. I am so sick of being restrained and playing safe when that’s not what’s here. What’s here is terrified, wild-eyed, sweating, a-tremble and devastatingly, heartbreakingly alive.

Fear, let me tell you now, is not, repeat not, the opposite of love. Fear is utterly inseparable from our source. It is the most natural thing in the world, and only becomes a problem when we shut the door on it repeatedly and insistently demand calm. “Calm down,” you say. But no, I will not calm down. I will freak out for as long as the freak out lasts.

Now I see: the freaking out wasn’t ever wrong. The freaking out when my friends died wasn’t wrong for a second. None of the freaking out I’ve done before or since was wrong. It is such a relief to be allowed to freak out, to not have to rein it in or calm it down or pacify or placate or deny. To just be able to say yes, it really is like this. This feels so humane, just so humane.

There’s such wildness and honesty and animality that’s been lost since we became civilized, since the mind began to believe it could control, contain and solve – despite all the evidence to the contrary. Whoever first had the bizarre idea that it shouldn’t be like this? How did we become these irrationally rational creatures, only half alive? This fear is our very life-blood, if only we knew it. It seems tragic to me now that we cut it off.

There’s nothing to remedy. I’ll say that again: there is really nothing to remedy (and I believed for so long that there was). It was trying to not be freaked out that really did for me, not the freaking out itself. I see an image of gathering up all the freaked-out Fionas of various ages, from very young to middle-aged, so they can freak out together. I watch that for a while and it’s very sweet.

Then I see: there is no safety. Aah, that feels like a true, instinctive knowing in the core of my being. I see an image of a cave in prehistoric times, of being asleep at the back of the cave, a fire lit near the entrance. As I look, I see the paradox; when we knew we weren’t safe, we were able to distinguish where the threat really lay. Somehow, the lie of safety – a promise that can’t be delivered – has made it all so much worse. It’s as if we were built to operate in unsafety and it’s messed with our systems that we live like we do, so we have to evoke or create unsafety to keep this part of us alive.

There’s such a sweet relief in saying, “I’m going to die and I have no idea what will happen and that freaks me out.” Such piquant honesty, free of the guile of the rational or the spiritual. It’s the precariousness of life that renders it so immensely, unspeakably precious. In our drive for rationality and so-called objectivity, we lost something so vital and deep – the wisdom of the body, which knows it is going to die, which knows it makes total sense to freak out. Back in the cave, I sense the sheer aliveness of how it was to live then, the heart-racing, blood-pulsing, balls-out aliveness! How dead we became.

The myth of safety: my body is rejoicing as I see that. And somehow, seeing the myth of safety makes it clearer that there’s no threat or danger here just now. It’s as if holding on to some idea of safety muddies the waters and sets up a kind of dissonance, a sensate or visceral dissonance between what my body knows and what my mind believes. I see an image of a fourteenth century scene complete with plague pits, and sense the ever-present knowing of life and death that people had back then, without the shroud of supposed safety blinding them to the deeper realities.

I’m free now to be my basic self, free to be back in the cave. I can be left alone to get on with being terrified without this overlay or veneer of “yes, but we’re supposed to be civilized.” Of all our feelings, fear brings up the most shame: our civilized, enculturated self is so ashamed of this instinctual, animal part of us. The creature-self arises in fear, terror or rage, and we loathe it, despise it, shame it, patronise it. And yet we’re also terrified that we’ve lost contact with it, because somewhere deep inside we know that it’s the sanest, most vital part of us.

Curling up in the dark, warm cave of my bed, my body feels so good now. It was right all along (it’s resisting the temptation to crow). I feel alive, in contact, co-ordinated, poised, creature-like.”

Finally, the words ceased. Before falling asleep, I saw how my mind had become disembodied, and how this split between the civilized and the instinctual parts of my being had, in itself, been terrifying. I slept well, and awoke in wonder at the wisdom that can emerge when we’re willing to be present to whatever comes. I don’t know how this process will continue to unfold; I do know that my relationship with anxiety has undergone a profound change. It is such a bone-deep relief to realize that my body is far, far wiser than I have ever imagined.

Acceptance comes in many forms. Sometimes it is gentle and demure, with a kind touch and a loving whisper. At other times, it throws off the restraints of civility, and comes in swearing, howling and heavy-handed to wrest us from whatever beliefs have held us hostage. There are times like this when the structure of inquiry falls away and the process unfolds from the depths with an intelligence of its own, when our beliefs are swept away like ninepins and everything we thought we knew is turned upside down. It is at these moments that we most rejoice.