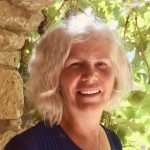 Like many others, I became a life-long seeker in response to pain and suffering. Experiences of deep anguish propelled me towards searching for a way to overcome them. In my earlier life, I had many experiences of something more or greater than me. Out of the blue I would experience an almighty opening and connection with everything. It was as if all the barriers broke down and I was free. It was joy itself. But then came the return of the limited ‘me’, and with it, loss, disappointment and despair.

Nonetheless, these tastes of freedom filled me with a deep longing.

It was years later before I had a context for this experience, and began to understand what was unfolding.

In 2012, I came across Scott Kiloby’s book, ‘Love’s Quiet Revolution’. As I became familiar with this and his other writings, I was particularly struck by what Scott terms ‘deficiency stories’; stories of lack and inadequacy. This theme resonate because I was already uncomfortably aware of inner patterns and beliefs about not been good enough, and frustrated by how these were influencing my life.  I was living in the tension of striving for a better version of me: an undercurrent of inadequacy and comparison and a drive for perfection drove the ‘show’ called my life.  Internally I was often on high alert or preoccupied by currents of anxiety or self-loathing. Such was my doubt it even extended to my seeking, at times I believed I was unworthy of deep peace.

When I encountered Scott, I was ready to really investigate what was holding those beliefs and patterns in place. His approach gave me a map with which to look more deeply.  A year later in 2012 I enrolled on the training course to become a Living Inquiries Facilitator.

The most valuable impact of the Inquires is really knowing and trusting in a deeply embodied way that presence itself includes everything: the pain, suffering, pleasure and joy. When whatever arises is embraced in genuine presence, it is liberated. Intense feelings and sensations are welcomed too, nothing is excluded, and once met, by themselves subside and come to rest.

What I love about the Inquires is their simplicity, the mere act of being with what’s here right now, be it words, sensations or energies: it is Enough. To be fully present with – even curious – in meeting whatever is arising, and sensing the layers peel away.

The gift of  Inquiry is there for you at any time to dip into whenever you want to contact me for a chat or a session.

“Dorene is a gem. I had the pleasure of sitting with her in person and over Skype and found her to be a wonderfully warm, authentic, loving lady who listened with a truly compassionate heart. The Living Inquiries helped me to deal with an issue that had been bugging me for a very long time and when combined with the safe and comfortable space that Dorene created, the issue lightened and I felt a very significant shift in consciousness. I have subsequently used the techniques that Dorene gave me and found that they continue to benefit me in many ways. I would say that simply sitting with Dorene is deeply healing and transformative.” Eoin Glynn

“…I was having some problems a few years ago and I did some Living Enquiries sessions with Dorene…the sessions really helped me to come back to myself…to find the peace and stillness at the root of everything…I felt held by Dorene’s gentle presence while she guided me skilfully through the enquiry…I feel so grateful to have been met in this way…the Living Enquiries are such a clear and simple way to see what is real and what is not…” U. Boyd, Ireland

In my experience this allowed for a natural resonance with that which is whole, a seeing through of the identities and ideas that obscured presence.” D.B., Ireland

Dorene Palmer interviewed by Hanneke Geraeds-de Vries on what has changed for her since becoming a Living Inquiries Facilitator. (5:36 min)

Dorene comments:
.
“For me, the Living Inquiries has deepened and enriched my inquiry. What is significant for me is allowing even intense feelings to be here without getting into a story, not judging myself so much and sometimes even enjoying the sensations even if they are not so comfortable…”
.