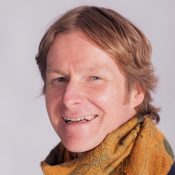 Having suffered for many years with grief, alcohol addiction and drug addiction, I one day stumbled into my father and told him, ‘I’ve had enough‘. Physically, I could probably have continued abusing my body some more, but inside I was afraid, alone and in need of help.

I grew up in an alcoholic home during the height of the troubles in Belfast. Bombs, sectarian killings and automatic gunfire were our normality. I quickly learned to fear the foreign army that walked the streets day and night. We lived in a community divided between Catholic & Protestant, where paramilitary groups ruled with an iron fist. As I look back now, I clearly see the reasons for my innocent attempts to soothe the anxiety that became a part of me.

At fifteen years of age, I grieved the very sudden death of my mother. She was the dearest person in my life and gone in a flash. Her death shook me to the core. Yet two weeks later I was put back in school and expected to continue on. This magnified the trauma, suppressing my ability to properly grieve. I yearned for the world to swallow me up, but it didn’t, and at fifteen I had to follow the rules, or else.

Later on, I fell into drugs and crime. Fear and anger followed. Nightmares began, and as the drug use intensified, panic attacks slowly came on. Shame was knocking on the door; feelings of unworthiness and much more began to overcome me. At this point, the only hope I felt I had was of admitting defeat and asking for help. I was afraid to stop; as painful as this way of living was, it was familiar. Finally, I surrendered to the suffering, and walked – full of anxiety and a lot of uncertainty – into recovery.

Sometime after those first steps were taken, a man asked me, ‘Colm, do you ever sit with yourself?’ ‘No’, I said,’ How could I? What do you do?’I didn’t know it then, but his words were the beginning of my experience of what we call natural rest.

From this place, my body was slowly able to release some of the tension that had been held so tightly since childhood. However, there was a lot I didn’t know how to see and feel, even though I was looking as best I could. Beliefs about myself, the world and people around me were cemented firmly in my being. Fears and fear of fear followed me like a shadow, with occasional shiny breaks in between the mental and emotional turmoil. The nightmares were still very much alive, along with patterns of avoidance, unconsciously looping me round in a circle.

By this time, I was two years into sobriety. I’d followed a twelve step programme for a year, and I’m very grateful for that. However, I was 32 years of age and spending three or four nights a week in AA/NA rooms. I would stand up in the middle of a meeting and say, ‘My name is Colm and I’m an alcoholic’. Somewhere inside I knew this was not who I really was. Once again, I’d had enough.

Soon after this, non-dual spiritual teachings had me mesmerised and satsang was the new drug. So off to the silent retreats I went. America, London, India, Brazil, Canada; it didn’t matter how far, I was there. I then heard of a community in Australia based around self inquiry, satori groups and raw vegan food. Inquiry and open relating were the name of the game. Quite a shift occurred during those one and a half years in the bush.

After returning to Ireland, I discovered the Living Inquiries and decided to give them a try. After the first session I registered for the training. I did not yet recognise the inner depths to which the inquiries can go. To my delight, an excitement for them and life keeps growing.

Each session allows room for the beliefs that are held to be seen with a fresh clarity. Feelings that were once denied are met with openness. There’s a sense of relief to finally allow what was so innocently suppressed. The desire to bypass my experience is met with a curiosity to gently look, see and explore. No more running round the world to satsang, grasping and seeking.

For me, the Living Inquiries are the most meticulous way of cutting through the beliefs we hold in our minds and bodies. If you would like to explore your experience, I would be honoured to gently hold the space with you.

I can be contacted any time via email at, [email protected]

“Colm was a warm, sensitive and neutral guide and this allowed me to settle, feeling secure and the session quickly opened into rich seams of inquiry material.

I particularly valued his recurring and gentle direction to return to the body.  As the session progressed I gradually saw more clearly. I began to ‘see’ how my thinking was narrowing and confining my felt experience, looking to summarise and move on, or attempting to edit out material, but with his holding of the space I was able to stay with what was arising.

What I found most helpful and surprising  was how the seams of material we explored that initially seemed very separate all came together at the end. I had the very real experience of the wholeness from which it all springs and, resting in that place, I feel that something in me got the taste of the possibility of ‘knowing’ my experience in a different way.

After the session I felt light.”  Kate, England

Colm has a wonderfully supportive presence. He is warm and patient and exudes a relaxed acceptance. His facilitation was gentle and kind. He intuitively assisted me to lean into my body when I struggled with an arising somatic experience, allowing me to deepen my inquiry by holding neutral space for me. Thanks again!   Cheryl (California, USA)

The Living Inquiries are all about being with what is actually here, rather than trying to deny what we’re really feeling. When Colm joined our facilitator training programme, I was immediately impressed by his willingness to explore his own demons. He really does walk the walk and has become an excellent facilitator. He is able to work with others in a kind, non-judgemental and effective way to unravel the knots of thoughts and emotions that often keep us stuck in anxiety, unhappiness or addiction. In fact, he’s now one of the people I go to when I want to be facilitated. I’m really happy to recommend him.

Fiona Robertson, Senior Facilitator/Trainer of the Living Inquiries and author of The Art of Finding Yourself: Live Bravely and Awaken to Your True Nature.

“The benefits of the training, the depth of it, the commitment and the sense of being at home”. He then goes on to share about the intimacy of inquiring into an experience. “The intimacy of meeting it, is the freedom itself…”